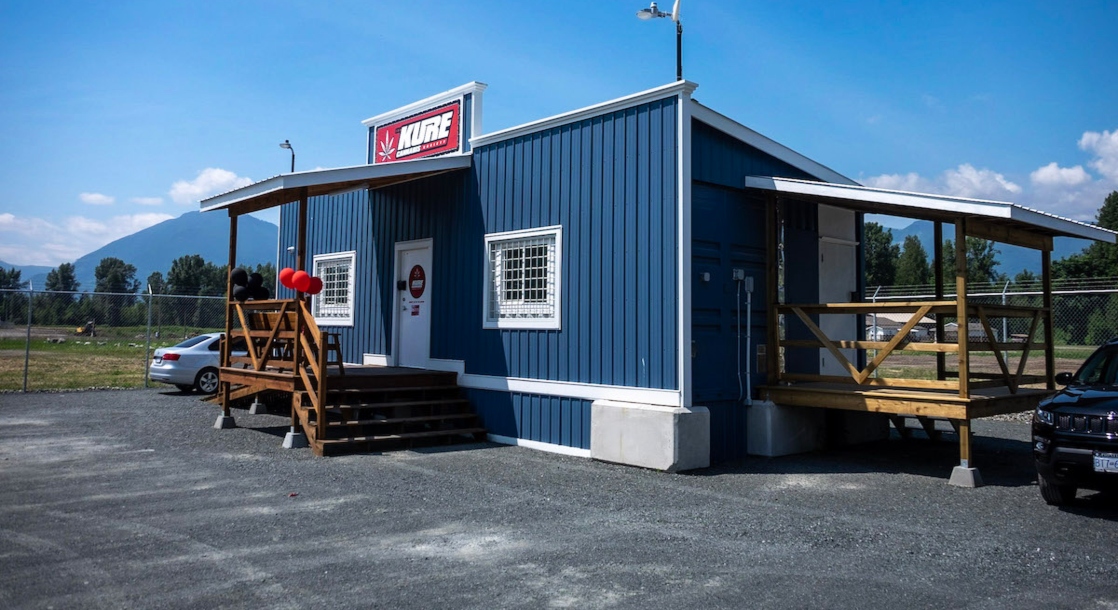 The BC government granted the Tseshaht First Nation a license to run its own weed shop. But then the province opened a competing store just five miles away — on the exact same day.

When Canada legalized adult-use cannabis last fall, it granted each individual province the authority to determine exactly how cannabis will be sold under its own jurisdiction. Most provinces chose to handle the sales and distribution of weed themselves by creating government-operated pot retail shops, but other provinces chose to allow privately-owned businesses to apply for retail licenses.

British Columbia is one of the provinces that allows both private and public weed stores, and last year, the Tseshaht First Nation — one of 14 federally-recognized nations of indigenous peoples living on Vancouver Island — applied for a license to open its own weed shop. On September 11th, the Tseshaht opened Orange Bridge Cannabis, named after a historic bridge leading into the Tseshaht Indian Reserve (which is now painted grey).

In addition to being BC’s first Nation-owned weed store, Orange Bridge is also the first business that the Tseshaht have opened in the region in decades. “This is the first time we’ve opened a business along this highway in over 30 years,” said Tseshaht Councillor Ken Watts, Ha-Shilth-Sa reports. “That’s something that all of Tseshaht can be proud of.”

Orange Bridge currently offers a variety of dried flower, CBD, THC oils, oral sprays, and capsules, but the staff are planning to begin selling edibles and topical products as soon as they become legal next month. “I think edibles are going to be the No. 1 seller,” Orange Bridge Manager Ron Kyle said to Ha-Shilth-Sa. “A lot of people are looking for that, simply because a lot of people cannot smoke it into their lungs.”

Like all legal weed stores in BC, Orange Bridge is subject to strict provincial regulations governing how they do business. Only two of the current staff members are currently authorized to work the register, while the other four undergo extensive background checks required by law.

The private store faces stiff competition from the government’s own legal weed stores, however. On the same day that Orange Bridge opened, the province opened its own government-run weed shop in Port Alberni, just five miles away from the Nation-owned store. The Tseshaht wrote a letter to local authorities requesting that they abandon their plans to open a government store in the same town, but didn’t receive a reply.

“No response, I think it’s pretty frustrating,” said Watts to Ha-Shilth-Sa. “I honestly think they shouldn’t have opened any provincial stores. In my opinion, I think they should be supporting local businesses first. It should never have been a part of policy or legislation.” Watts told CTV News that he hopes that weed buyers “will go local and buy local and here’s an opportunity to support local businesses.”