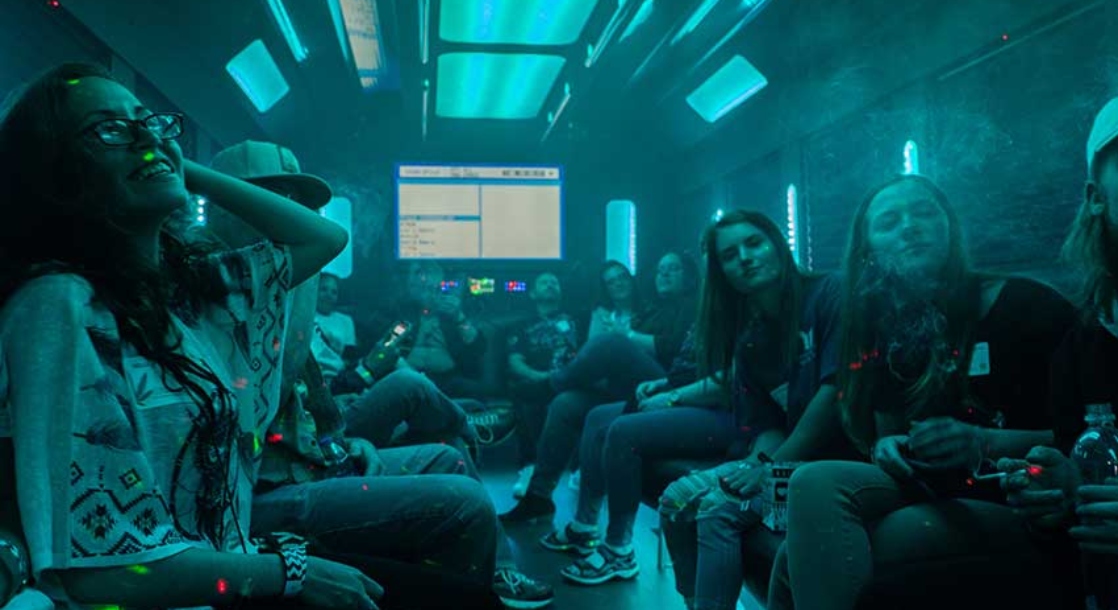 Although the weed party bus industry has no recorded incidents with its drivers, California lawmakers are about to ban these services fearing that they create space for stoned driving.

On Thursday, California’s legislature approved a ban on all cannabis party buses and limousines due to concerns that drivers could get intoxicated from second-hand weed smoke, potentially causing vehicular collisions with dozens of people onboard. The bill is on its way to Gov. Newsom’s desk for his signature.

As reported by the LA Times, the ban came up last-minute this week, which is also the final week for this legislative session. The ban’s timing is no coincidence, either: A competing bill, SB 625, was also under consideration. SB 625 clarifies that licensed cannabis bus and limo companies, which have already been operating in California for years, were permitted under the state’s 2016 weed legalization bill, Proposition 64.

Lawmakers and law enforcement groups were worried that cannabis bus and limo drivers would catch a “contact high” from the riders’ second-hand weed smoke. One recent letter from the Association of Deputy District Attorneys stated that sealing off a driver from weed smoke was “illusory.”

“We are aware of no compartments on a bus which effectively seal the driver from exposure to the remainder of the coach itself,” read the prosecutors’ letter to California’s legislators. The letter added that cab dividers are no guarantee against stoned driving, since opening and closing the dividers would “virtually assure” that “a driver of one of those vehicles will be exposed to — and impaired by — second-hand marijuana smoke.”

The thing is, these compartments already exist, and they’ve been installed on every licensed weed party bus for years.

My420Tours has offered weedy bus rides for the past six years. Danny Schaefer, the CEO of My420Tours, said that his company and others like it have gone above and beyond to prove to state regulators that their services are safe and compliant.

“The high-end vehicles that we utilize passed the Colorado Department of Transportation’s testing protocols to prove that our drivers — after operating as many as three of these tours in one day, and undergoing random urine tests after the fact — have zero traces of cannabis in their system,” Schaefer told MERRY JANE by phone. “So, not only are they not intoxicated when they’re driving, but we have shown that they hadn’t been consuming cannabis during their off-hours, either.”

Contrary to the prosecutors’ concerns, Schaefer explained that buses can indeed be designed or modified to prevent smoke from reaching the driver. His own company is living proof: My420Tours’s buses are equipped to shield the driver from second-hand smoke drifting into the driver’s area. Additionally, the driver’s area has its own air-circulation system that’s separate from the air system at the back of the bus.

“In my experience,” Schaefer added, “there have been no incidents of stoned drivers either at my company or at any of the other companies operating in Colorado and other states.”

A representative from another weed party bus company, Loopr, confirmed Schaefer’s claim that there have been no stoned-driver incidents at licensed tourism companies. Loopr not only provides luxury-styled limo buses for THC-endowed partiers, the company also serves as a typical transport bus to shuttle folks around downtown Denver — with the added bonus that riders can blaze on the way to their destinations.

Bryan Spatz, a co-founder at Loopr, recounted a story from 2015 where one of the company’s drivers experienced a medical emergency while shuttling a tour. The medical emergency was unrelated to marijuana consumption, but the EMTs who arrived on the scene were unconvinced and demanded that the driver take an on-the-spot drug test.

“When the results came in, the driver tested at zero percent THC, proving that our protection methods were completely effective,” Spatz wrote to MERRY JANE in an e-mail. And that’s just one example.

“In spring of 2018, Denver initiated a sting operation that targeted two of our competitors. Each of their drivers were tested and also came up completely clean,” Spatz continued. “Between my company and my colleagues in the industry in Colorado, Washington, and California, we are not aware of any actual incident of intoxicated driving arising from a cannabis tour. That covers literally millions of miles of road traveled without an incident, which I would argue is a pretty impressive safety record.”

Mike Eymer, who founded Cannabis Tours (full disclosure: I used to write for their website), confirmed that his company’s buses have the same modifications as Loopr’s and My420Tours’s buses. These are features that prevent smoke from reaching the driver, including separate air systems between the front and back of the bus.

“The divider between the driver and the coach is helpful, but what really does it is the two separate air systems. The drivers can’t possibly become intoxicated,” Eymer told MERRY JANE during a phone call. “Even then, second-hand contact high is mostly an urban myth.”

Banning cannabis buses and limos could have severe financial repercussions for California’s burgeoning weed tourism industry. Besides shutting down legal operators, banning weed buses could open up unregulated approaches to driving people around while they blaze, like Uber or Lyft drivers — who don’t have separate air systems in their cars — letting riders get high in the back seat, Eymer said.

“Cannabis tourism is on the rise and represents a key opportunity for economic growth in California,” Lindsay Robinson, the executive director of the National Cannabis Industry Association, wrote in a letter to the legislature. She added that the party-bus ban “will have a chilling effect on the cannabis tourism industry and threatens the livelihoods of the operators who have well-established businesses already operating throughout the state.”

“This bill also presents a major blow to the social equity and justice that I believe is an important component behind the overwhelming support that voters gave to Proposition 64,” Loopr’s Spatz wrote. “The tourism industry is one of the few cannabis-adjacent businesses that can actually be set up by mom-and-pop operators without” the millions of dollars currently required via “private equity or venture capital funding.”

Will Gov. Newsom, who’s been friendly toward the legal cannabis industry, sign the ban? Hopefully not, but for all of California’s progress, the state has made some significant mistakes with its roll-out of legalization, too.