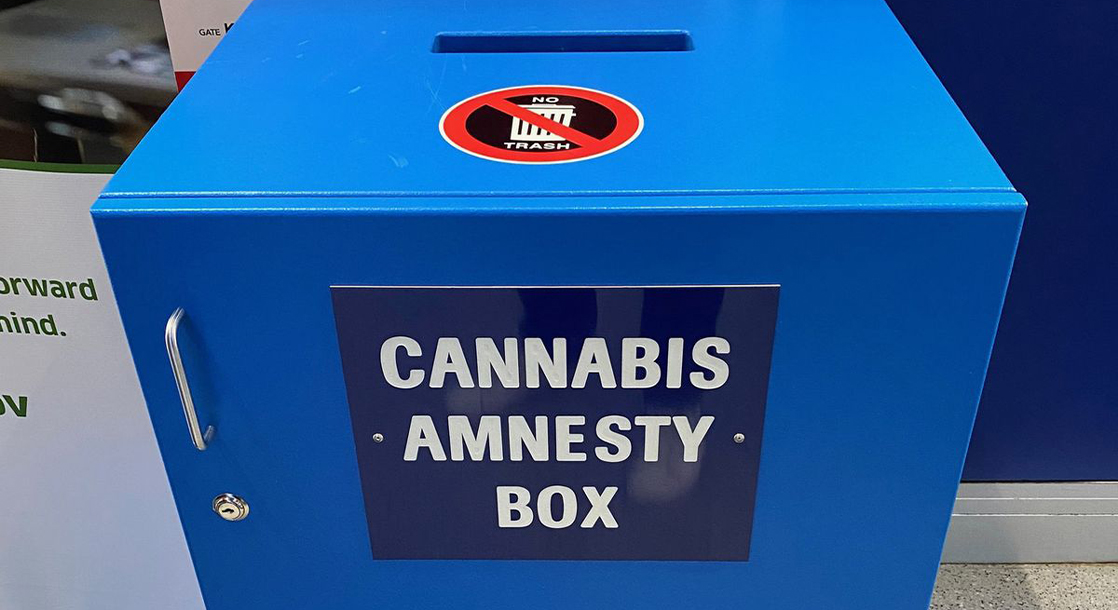 The times sure are changing when it comes to cannabis normalization. And for proof, look no further than the Colorado Springs Airport, which recently announced it received over 37 pounds of weed since it started implementing amnesty boxes back in 2014.

Amnesty boxes first rolled out at both Denver International Airport (DIA) and Colorado Springs Airport shortly after the state launched legal recreational marijuana sales in January 2014. To prevent flyers from taking state-legal weed products on board a flight (and potentially transporting said weed to a prohibitionist state), airport officials installed these amnesty boxes as a courtesy. The idea was if people deposited their weed into the box before passing through the TSA checkpoints, it would expedite the security-check process, as well as avoid any potential mix-ups with TSA agents and law enforcement.

According to police records obtained by Gizmodo, Colorado Springs Airport’s amnesty boxes received 37.48 pounds, or 17,003 grams, of weed products since 2014. The records don’t distinguish what kinds of products were donated, or even what the THC contents of those products were.

Colorado Springs’ police policy is to destroy all weed products deposited into the amnesty boxes. Which is a shame, considering those products could be donated to registered medical cannabis patients. Instead, all of the energy, resources, and time that went into growing, processing, packaging, and distributing those products go to waste.

Meanwhile, two Illinois airports — O’Hare and Midway — recently installed amnesty boxes after beginning recreational weed sales on January 1 of this year. Additionally, officials at the General Wayne A. Downing Peoria International Airport near Peoria, Illinois voted late last year to let passengers board planes with weed in their luggage. According to the TSA, security agents aren’t actively looking for small amounts of weed for personal use, but that doesn’t protect passengers who are caught with cannabis in cities, states, or countries still under pot prohibition.

We’ll likely see more amnesty boxes pop up in places with legal weed, but hopefully policies will soon change so that the deposited weed products are put to good use.